I was looking through old photos tonight trying to come up with today’s blog topic, when I came across this photo: 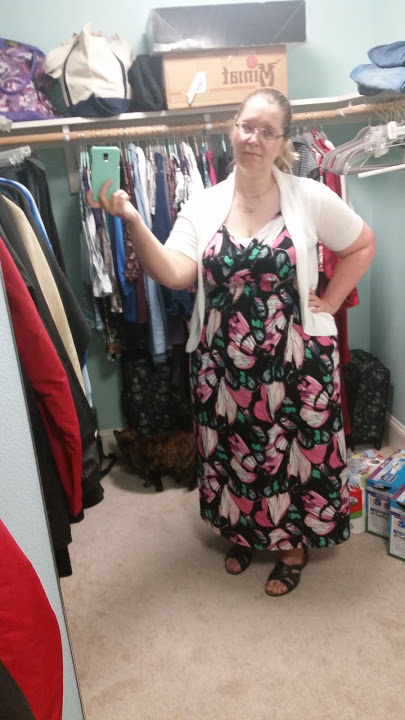 It was taken in June of 2015, and while I don’t remember exactly what I weighed at the time, I can tell you that it was well over 200 pounds…maybe even over 250. It was a few days before I traveled to Germany and Austria to chaperone a group of singing teenagers, and I was trying to find a dress to wear to the one “formal” dinner of the trip. As you can probably tell from my face, I wasn’t very thrilled by my choice.

That trip was very difficult for me. Flying was quite uncomfortable, and I first had to fly from Oregon to Maryland to meet up with the chorus before flying to Germany. Airplane seats are narrow, you see, and I was not. I got on to each airplane praying that it wouldn’t be a full flight – that I would be lucky enough to get an aisle seat with an empty middle, because I quite simply didn’t fit and needed the extra room. I wasn’t quite big enough for the airline to demand I purchase a second seat…but probably not by much.

Then there was the walking. This was my third European trip chaperoning for the chorus, and the previous two had included a lot of walking. This trip was no different. My feet started to hurt on day 1, and I spent much of the next 9 days in pain. The final straw was when we went to the Prater.

If you’ve never heard of it, the Prater in Vienna, Austria is the oldest (and has to be the weirdest!) amusement park in the world. I’ve always enjoyed amusement park rides, and decided to ride the swing ride. You know the one – a carousel-type thing with basket seats attached to it by long chains. It turns in a circle so that the swings fly through the air. Well, long story short, I had to cram myself into the seat, and spent the entire 3 minute ride being quite uncomfortably gouged by the metal frame. When the ride was over, my ass was literally stuck in the chair! Getting out took some maneuvering, because my feet did not touch the ground, and – being stuck – I couldn’t just hop down. It was humiliating.

I decided then and there that something needed to be done.

In January of 2016, I found that “something” – a program called My Peak Challenge, the brainchild of Scottish actor, Sam Heughan. I’ll talk more about the program itself another time, but I’ve been participating in it ever since, and it’s made all the difference in the world, quite literally changing my life. These next two photos were taken in March of this year, after losing about 90 pounds on the program. 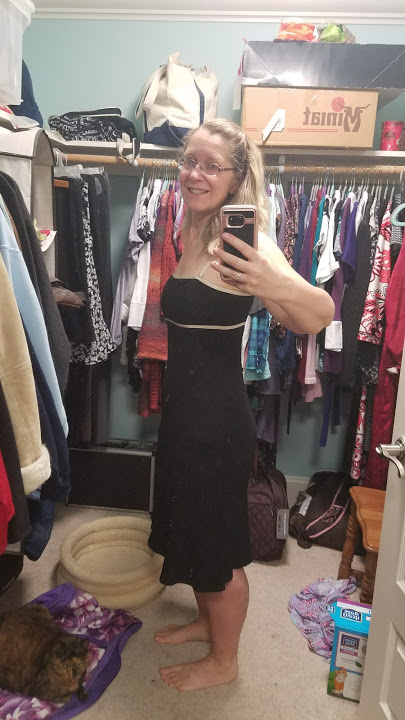 9 thoughts on “Day 4: My Peak Challenge”