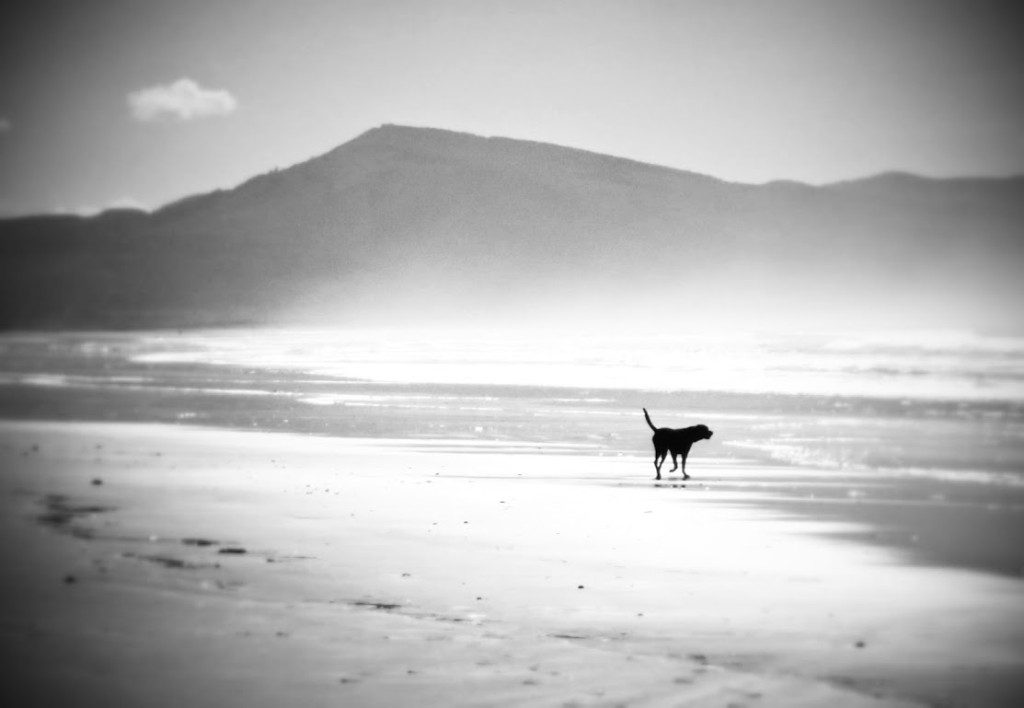 I am a cat person. I don’t think there’s been a time in my life when I didn’t have a cat or two. Currently, I have two – Harley and Dinah. They are 10-year-old sisters that have been with me since they were 8 weeks old….but that’s a story for another day.

Growing up, I never had a dog, and never gave it much thought. I wasn’t opposed to the idea of a dog, it just wasn’t something that we did in my family. Then one day, in July of last year, my bestie sent me this picture and a question. “Want a puppy?” 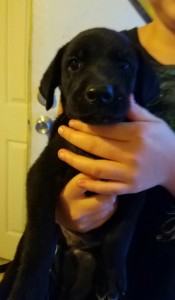 Now, if you recall, I live in Oregon. My bestie, Sharon, lives in Maryland. Where on earth did she come up with this puppy? South Carolina.

Sharon was visiting her daughter and her family in South Carolina. Her daughter’s biological father lived nearby, and had 3 puppies left out of a litter of 11. This was the second litter for his dog, the first litter bearing a total of 12 puppies. The bio dad let it be known that if homes were not found for these last 3 puppies in the next couple of days, he would take them to a shelter. A kill shelter. These puppies and their mother were living outdoors in a trailer park during the hottest part of the summer. They were covered in fleas. Hearing that they would soon go to a shelter that would euthanize them if they weren’t adopted was the final straw for my friend, and she began to plan.

I never would have gone out and gotten a dog on my own. My mother and I live together, and between the two of us we have five cats. But…the more I thought about it, the more I wanted this puppy. How on earth would this ever work out, though? First, there was the fact that he was on the other side of the country. Then, there was my mother, who was absolutely adamant that we were not getting a dog.

Getting my mother on board took several days of whining, cajoling, and sulking on my part – I basically acted like a 4-year-old that wanted a new toy. And guess what? That shit actually works! While mom never really came out and said, “Ok, let’s get the dog,” I eventually brought her around to, “Well, I guess I can’t stop you.” I took that and ran. Here’s how it all went down. Tell me this wasn’t meant to be!

Sharon had already decided that regardless of whether or not I took a puppy, she was going to rescue all 3 of them, but she was scheduled to fly back home. Unable to take them on the plane with her, the puppies were taken temporarily to her daughter’s house where they were given what was probably their first bath ever, defleaed, and slept indoors for the first time in their lives. Sharon flew back to Maryland as scheduled, and made plans to drive back to South Carolina with her husband the following weekend to pick up the puppies. While all this was going on, I was still working on my mother, but told Sharon and her daughter that if I took him, I was going to name him Rollo. (Rollo is a canine character in one of my favorite book series’, Outlander. I’m sure I’ll blog about these books at some point!) From then on, everyone started calling him Rollo.

Rollo and his brother and sister began the first part of their journey from South Carolina to Maryland on July 17, 2016. July 17th was my daughter Megan’s birthday. Megan passed away in 2014. Oh, and the  puppies were born on May 18, 2016, which was the day my grandmother passed away in 2011 (I hope I got the year right, or I’ll be hearing about that later…).

It just so happened that Sharon was already scheduled to come out to Oregon for a visit on July 21st. She took him for his first vet appointment on Monday, July 18th, where he got his first round of shots and was cleared to fly…provided of course, that he would fit in the carrier. In order to fly in the main cabin of the plane, he would need to be inside a carrier that would fit under the seats…and anyone who’s flown before knows there’s not a whole heck of a lot of room under there! Airline regulations required that he have enough room to stand up and turn around inside the carrier, because he could not come out of the carrier while on the plane. Already weighing in at 10 pounds, it was close. We all spent the next couple of days with our fingers crossed, encouraging Rollo to “think small thoughts” until Thursday.

The cost of the vet visit and Rollo’s plane ticket came to right around $200. I had recently built a website for a friend, who paid me in cash – guess how much? Yep…$200.

So, basically, the planets aligned perfectly, and Rollo has gone from being a trailer park mutt to a spoiled rotten dog with an ocean view. He get daily walks on the beach, and I can’t imagine life without him…(though I imagine I’d have a lot more $$…damn are dogs expensive!)  😀

Oh, and that photo up at the top there? Believe it or not, that’s not Rollo. I took that in October of 2014, almost 2 years before Rollo was born. I have no idea who the dog is, but I liked the picture so much that I hung it in my office behind an old window that I bought. Foreshadowing, maybe? 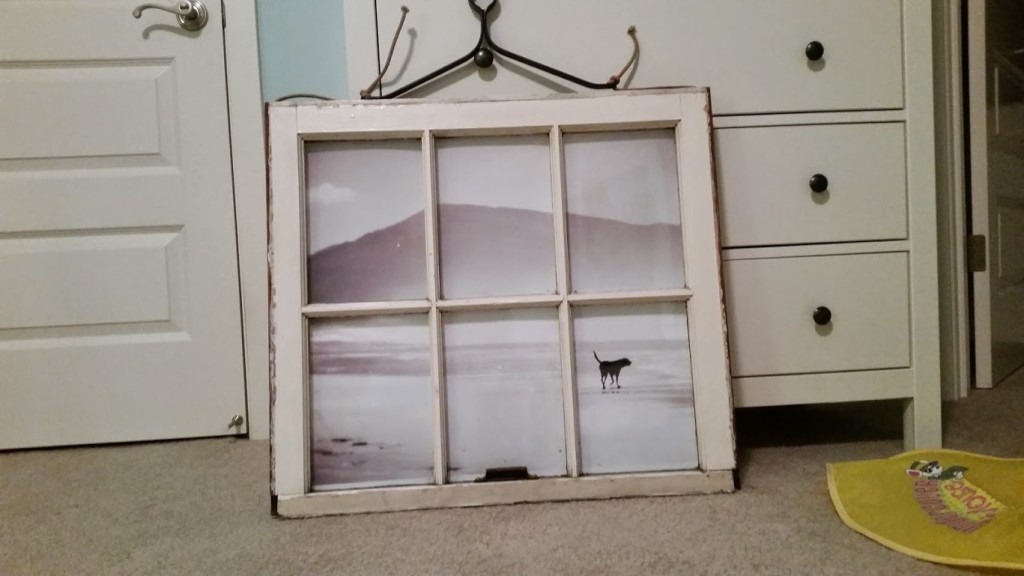 Don’t worry, though, there are plenty of pictures of Rollo to be found! 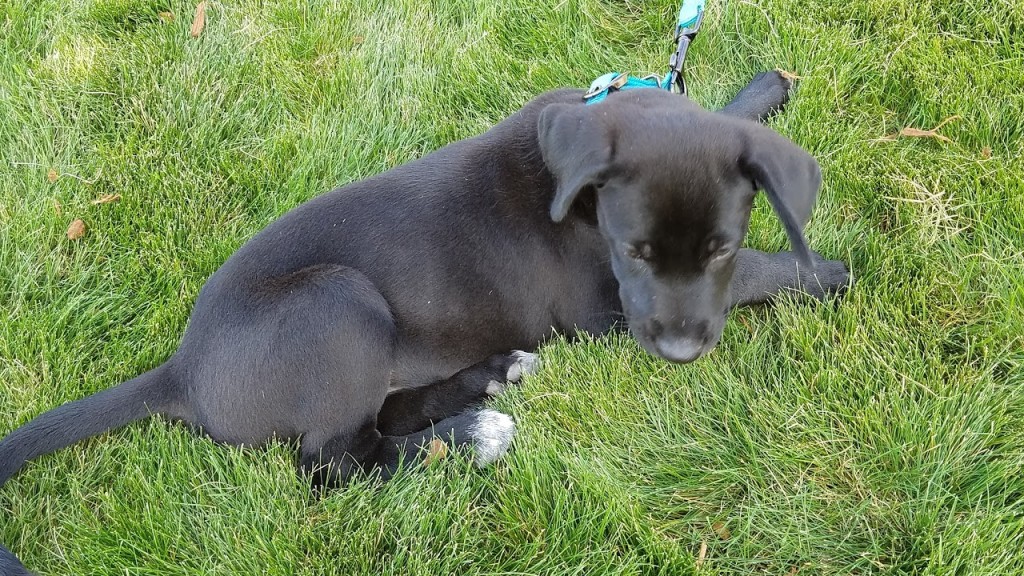 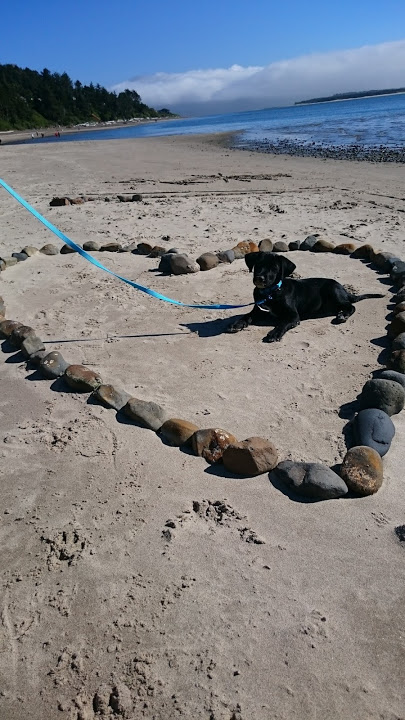 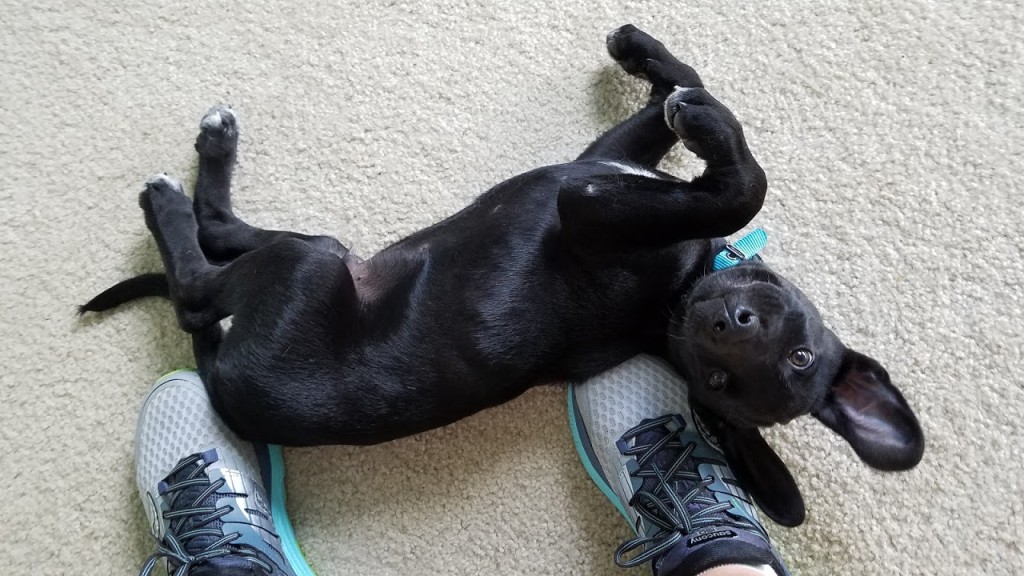 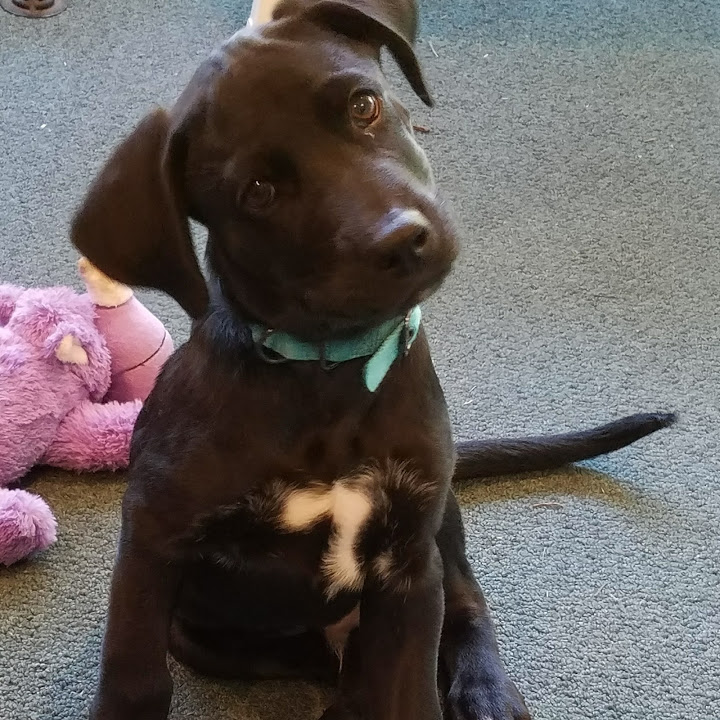 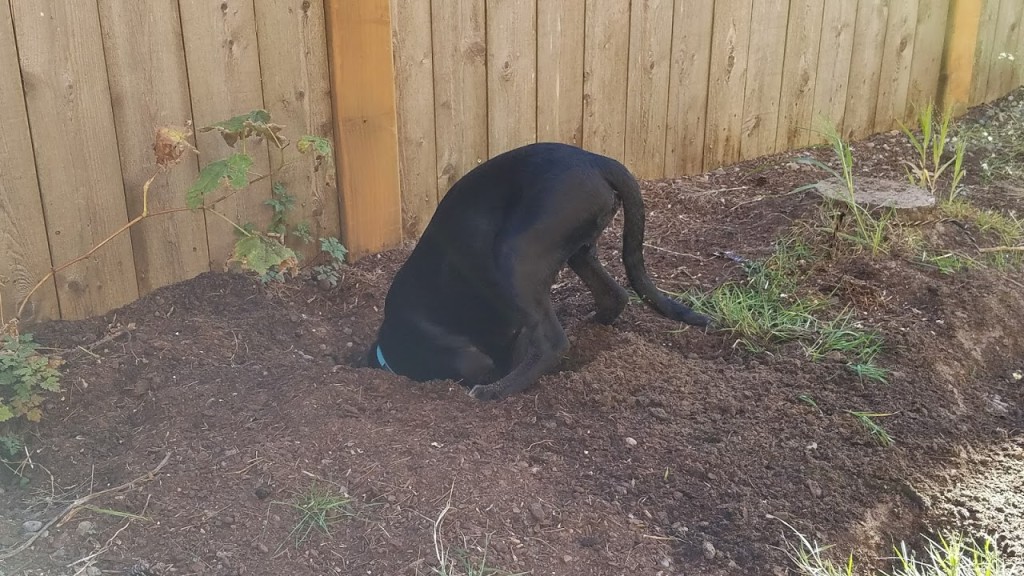 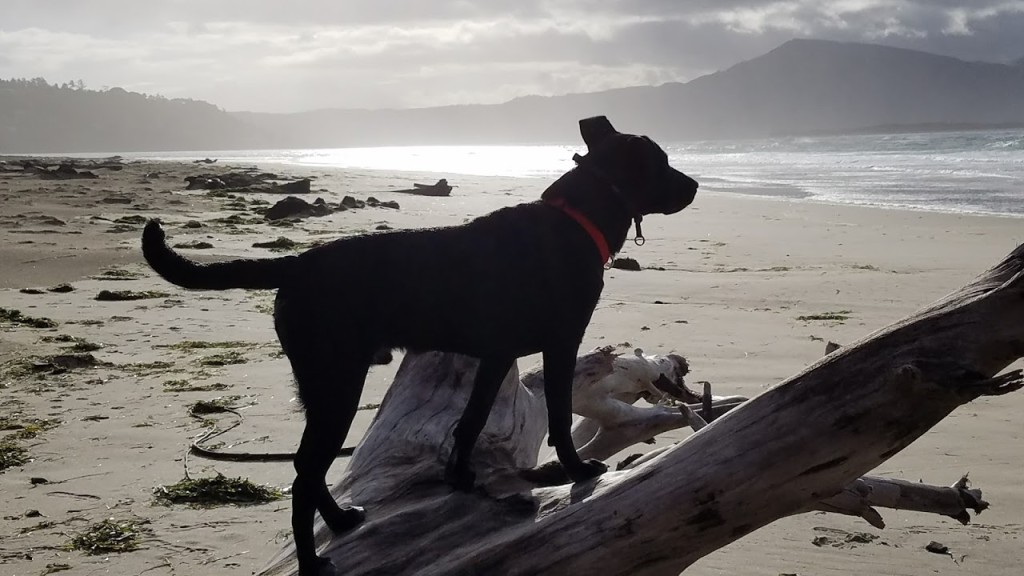 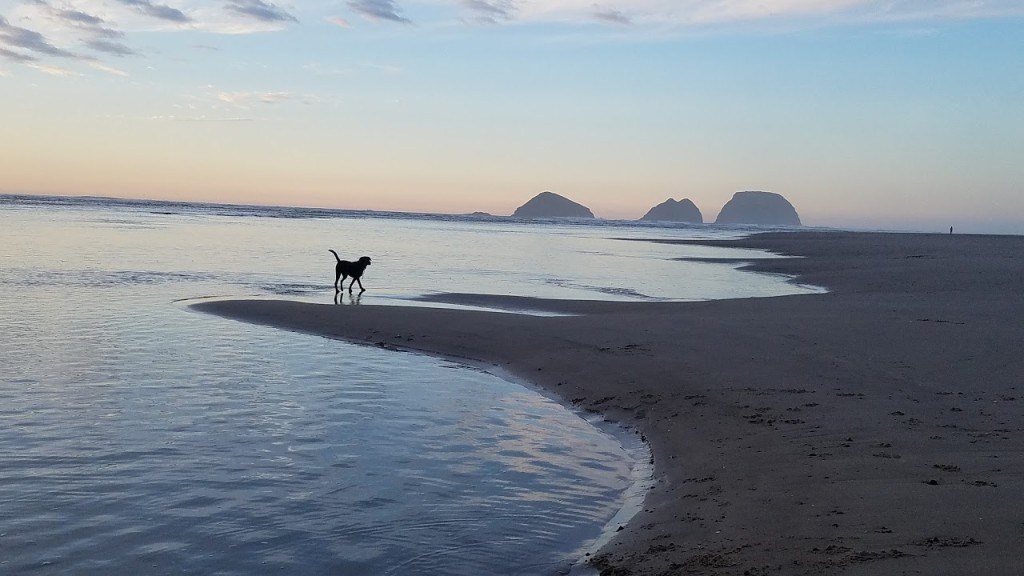