This will be the last of it, I promise…even I’m tired of the story at this point. So, where were we?

Oh yes…I remember. We were here, with my new friend BoBo the Bear: 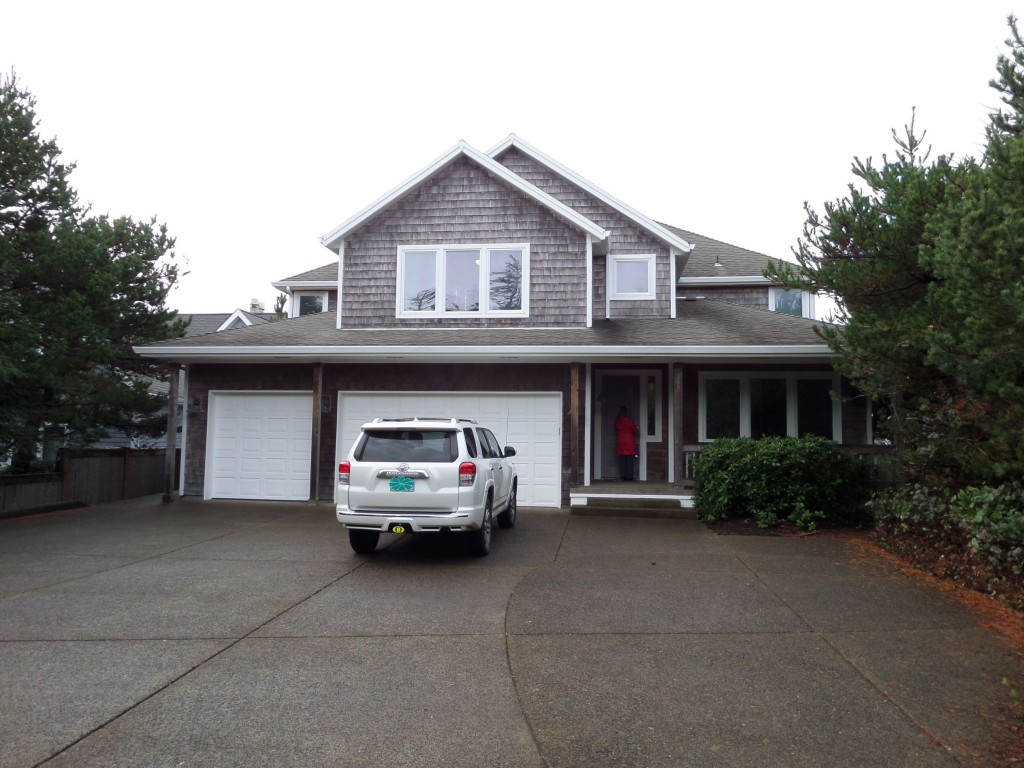 We shot lots of video (complete with commentary) to send to my mom, then moved on to the next house. Still in the town of Oceanside, this one was in a different neighborhood. It was a little too masculine for my taste, with trendy concrete floors in some of the rooms, and, well, this guy… 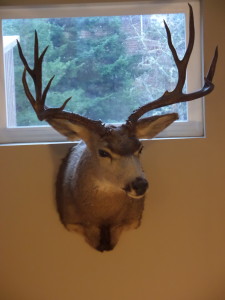 How could half a deer possibly complete with an entire bear? Nope.

The last house of the day was in the town of Bay City, a little north of Tillamook. It had a great view of Tillamook Bay from the front of the house, but other than the master bedroom on the first floor, all of the other bedrooms (there were 2 or 3) were downstairs and significantly smaller. Living in that house would feel a little too much like living in my mother’s basement. Nah.

After parting ways with Patti for the day, Sharon and I went to the local Pizza Hut for dinner. I then spent the rest of the night and a significant part of the next day sick as a dog. We had been scheduled to look at another house or two further north with Patti, but I just didn’t feel up to it, so we bid her adieu and moved on to our next destination: Astoria, Oregon. (I had learned that the other house had a reverse floor plan, anyway, which wouldn’t have worked for mom.)

Astoria is a charming little town located at the mouth of the Columbia River, and several films have been shot there over the years. You may have heard of a few of them: The Goonies…Kindergarten Cop…Stand By Me. Ringing any bells? After getting a good night’s sleep, I was feeling much better, so we were able to poke around the town a little bit. 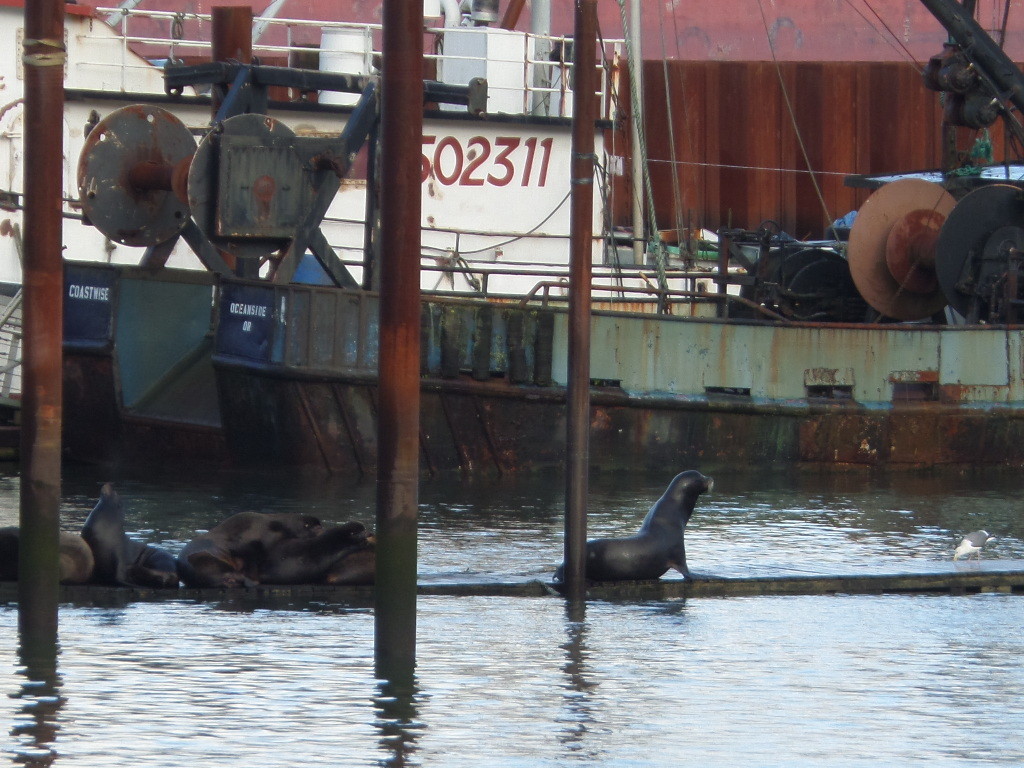 Now, I don’t remember exactly when, but at some point between seeing the “BoBo house” and leaving for Astoria, we found out that there was another prospective buyer that was planning to come back and take a second look at that house after the first of the year. I was not at all happy to hear this. The house had been on the market for close to a year already, and I had hoped it would stay that way until my mother and I made up our minds about the move.

Our trip had come to an end, and Sharon and I returned home to Maryland where I gave my mother the rundown on all that we’d seen. She had only my word and our videos to go on, but apparently BoBo had gotten to her, too. After hearing about the other interested buyers, she declared that, “they’re not getting MY house!” and made an offer to buy it.

That was the beginning of January, 2014. In mid-February, my mother flew to Oregon to close the deal and see the house that she’d purchased for the first time. (Totally backasswards, I know!) The 28th of February was my last day of work, and on March 13th we were on our way to BoBo and our new home in Oregon.

Oh, I almost forgot. Remember back in September of 2013 when I first broached the subject of moving with my mother? I had gone home that evening and sent her a link to a house I’d seen online with the comment, “Just think, if we moved to Oregon, we could live here!”

That, my friends, is the house that we live in today.