In our last episode, I was about to embark on a journey to the west coast to determine if Oregon was for me. My bestie, Sharon and I would spend a week traveling up the coast, looking at a house here and there, to get an idea of what was available. Our first stop was Lincoln City.

Located on the central Oregon coast, Lincoln City seemed to be a moderately-sized beach town. It’s main “claim to fame” in addition to approximately 5 miles of beaches, an outlet mall, a Cold Stone Creamery and Devil’s Lake is the Chinook Winds Casino Resort. In December, it didn’t seem to be too busy, but I could imagine there would be quite a bit of traffic in the summer. A 30 minute drive south would get you to Newport, a slightly larger beach town boasting an aquarium and a Walmart.

Sharon and I met up with Patti, a realtor from Tillamook who made the 90 minute trip down the coast to show us around. She had two homes in Lincoln City for us to see. One was discounted before we even found the house. It was the stereotypical coastal neighborhood – way too many slightly shabby homes crammed into tiny lots in an effort to create as much prime beach real estate as possible. Not quite the vibe we were looking for. Next!

The other home was much nicer. Located in a gated community, lots were larger, better kept – it looked more like a residential neighborhood and less like a vacation village. There was, however, one notable issue. The view: 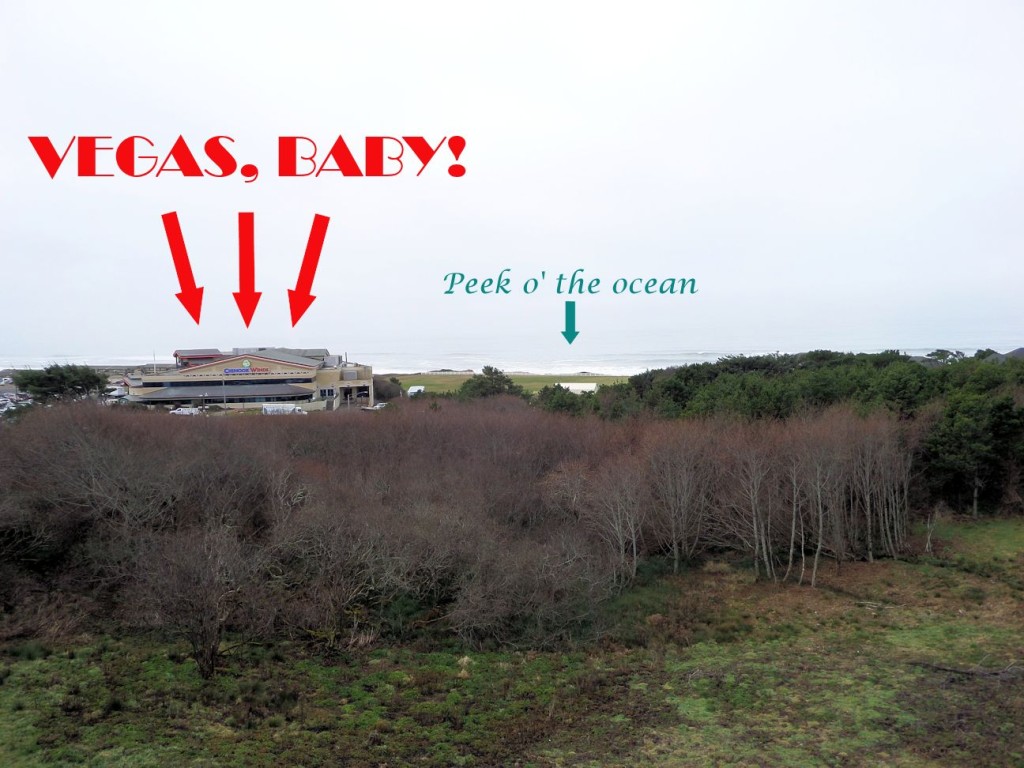 Yes, that’s a really great view…of the casino. We drove by at night, just to see what we would be up against: 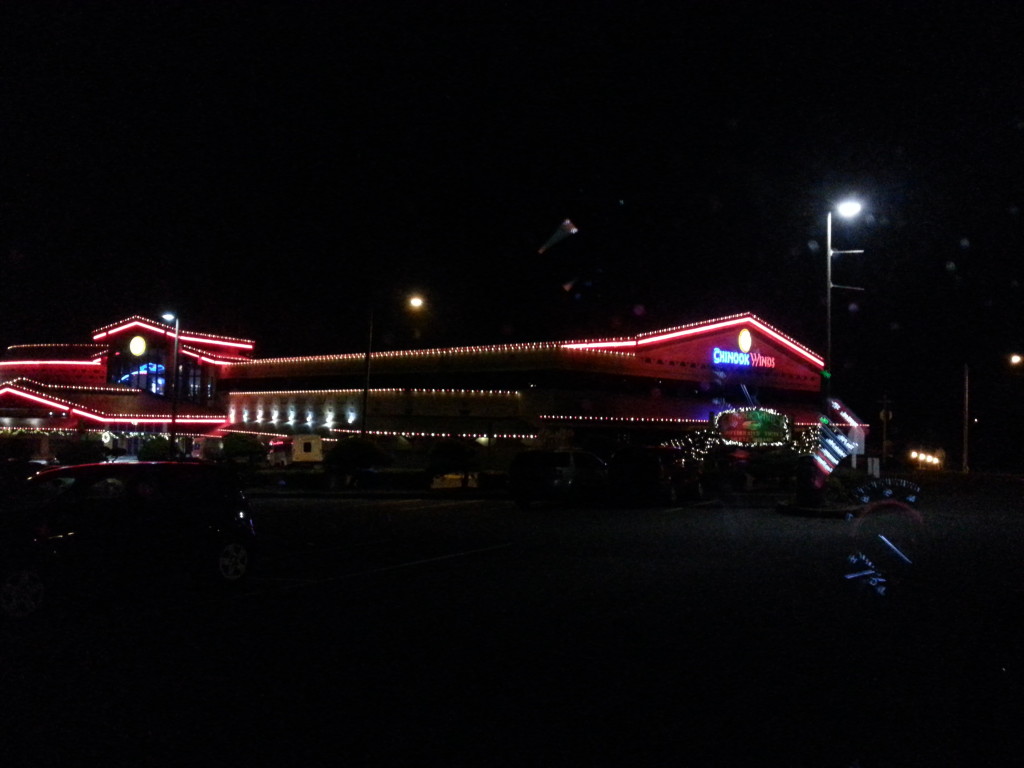 Yeah, probably not going to happen. Anyway, onward and upward…literally.

The next house was about 30 minutes north in the (minuscule) town of Neskowin. The view was much better with this one… 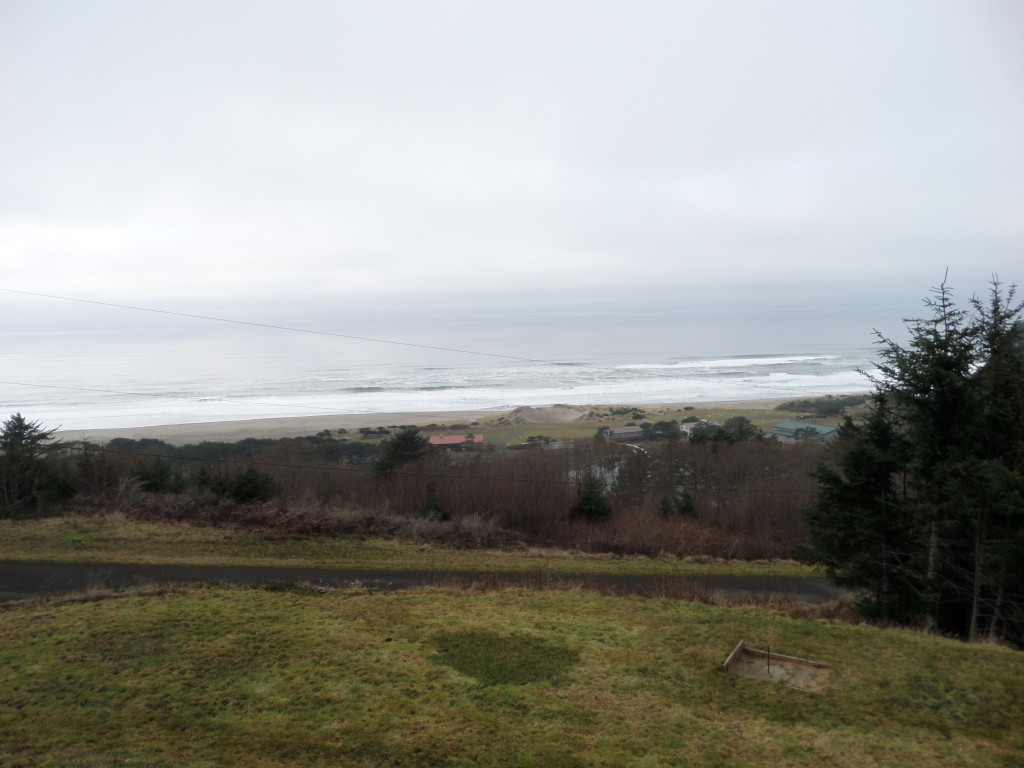 …but the house itself was strange. Most recently being used as a bed and breakfast, it had the strangest layout….an exterior door in the bathroom… 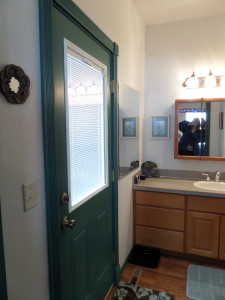 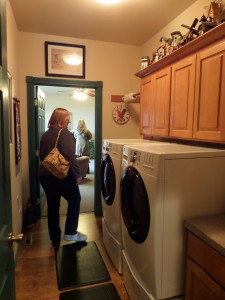 Bottom line, this one would’ve needed a lot of interior work to make it livable as a single-family home. No go.

The second home we checked out in Neskowin was the most expensive home on our list, but nowhere near the largest. The listing was deceptive. We didn’t find out until arriving at the home that it was actually a duplex. The finishes were nice, but the interior layout wouldn’t have worked for my mother with Muscular Dystrophy. Aside from the kitchen, great room and one bedroom on the main floor, everything else was downstairs. Pass.

Our next stop was about 45 minutes north of Neskowin, in the town of Netarts. On our way up the coast, we were excited to find that there are parts of the beach you can drive on. 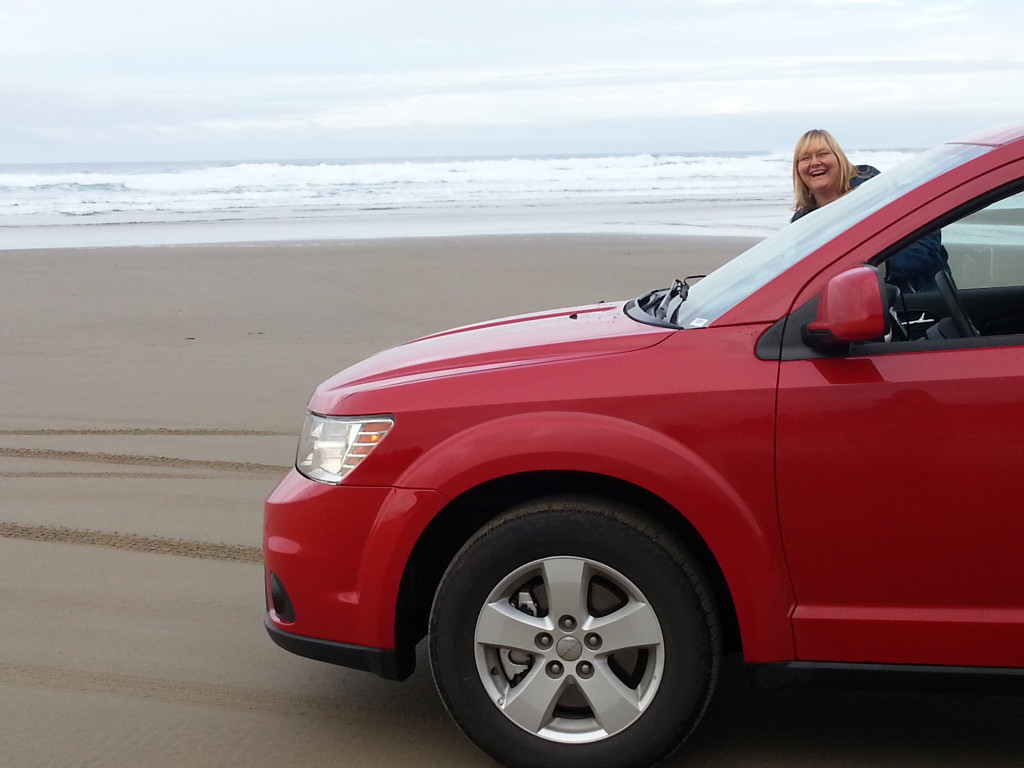 Staying a couple of nights in Netarts (in a motel that probably hadn’t been updated since the 70’s) gave us the chance to also explore the nearby town of Oceanside as well as Tillamook a few miles to the east, and Bay City a few miles north of Tillamook. Our realtor and tour guide, Patti, once again went above and beyond showing us around town, and giving us all kinds of valuable advice. (“Don’t ever eat at The Fern. They’ve been closed down by the Health Department more than once.”) In addition to showing us several homes and the town, she also took us down to Netarts Bay to see the sea lions that hang out there, to lunch at a local restaurant (not The Fern!), to the top of Maxwell Mountain in Oceanside to show us where the paragliders launch, and to Cape Meares to see the lighthouse and the famous Octopus Tree. She was the best! 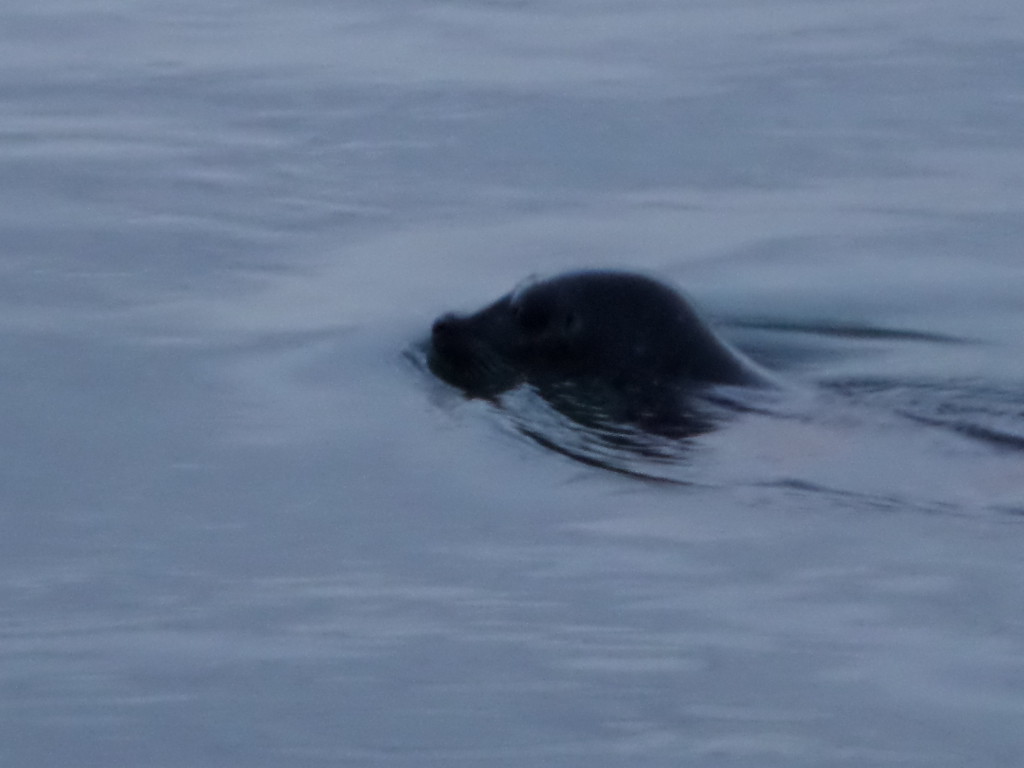 We looked at 3 homes in Oceanside, 2 of which were in a beautiful wooded community called The Capes. The first home we saw was nice, but with the garage underneath the house, it wouldn’t have worked for my mother. The second house, though….this one was *just right*… 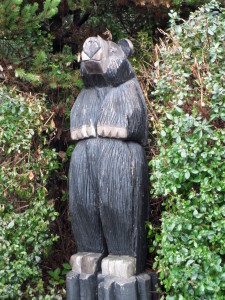 I mean, first of all, IT HAD A BEAR IN THE FRONT YARD, whom I immediately named “BoBo”. It had master suites on both the first and second floors. It had a great ocean view, and was the only house we’d seen thus far that had a relatively flat yard. (All of the others had been sloped and rocky, and my mother would never have been able to navigate them.) There wasn’t anything about this house that I didn’t like…it was – as far as I was concerned – the one to beat. Of course, we weren’t seriously house hunting yet, though, just doing some preliminary looking…

…or so I thought.