My subscription to Ancestry.com also included an account on newspapers.com, which (DUH) is an archive of old newspapers from around the country. I haven’t had the opportunity to do a lot of exploring just yet, but so far I’ve learned a few things:

I came across an article published in the Pittsburgh Press on February 8, 1913. I love it so much, I can hardly stand it. The headline alone makes me grin like an idiot: 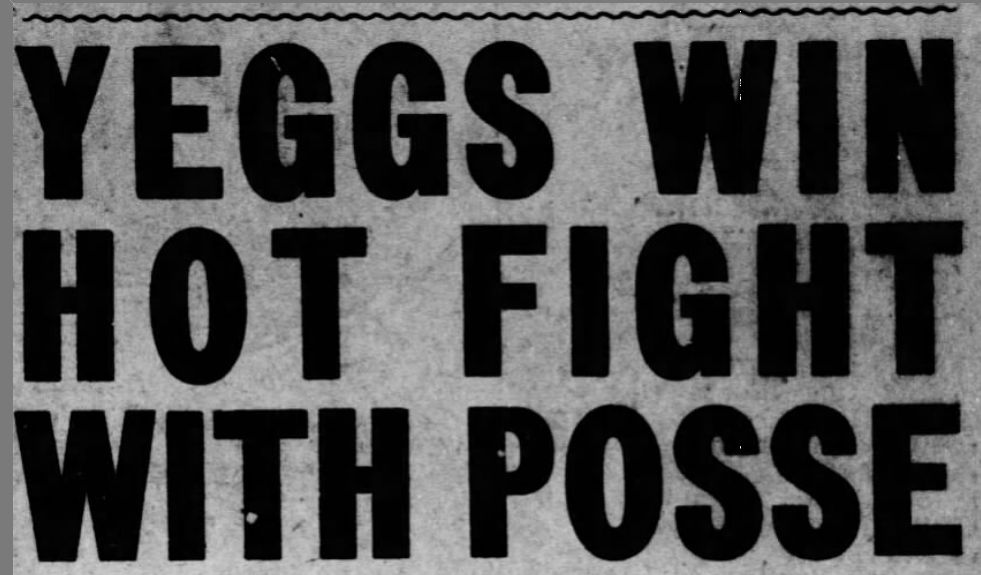 Isn’t that the best? I had to google “yeggs” to learn that a yegg is a safecracker,  but as far as headlines go, it’s wonderfully dramatic. It sucks you in and makes you want to read more. That same headline in today’s paper would be a much more mundane, “Thieves Elude Local Authorities,” or something equally dry. Gag. Who cares? I wanna know more about the hot fight with the posse! 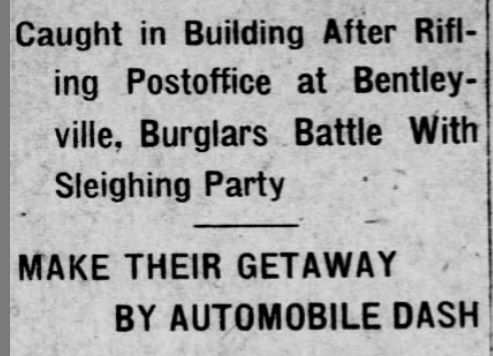 After the subtitles, I’m that much more intrigued. What were the burglars looking for in the post office? Tell me more about this automobile dash! And WTF IS A SLEIGHING PARTY? 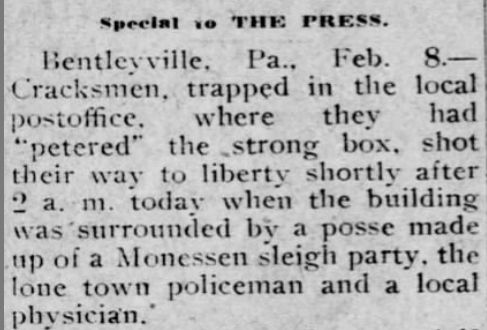 I’m pretty sure it’s English, but it’s like a whole other language. My favorite phrase here is “shot their way to liberty.”

So while the one cop in town is trying to pick off the bad guys with a .22, the women in this drama are sitting in the hotel bar fainting “with the regularity of the pins in a bowling game.” Sounds a little more sanitary than “dropping like flies” at least. And if this is all happening at 2am, why are they eating luncheon? 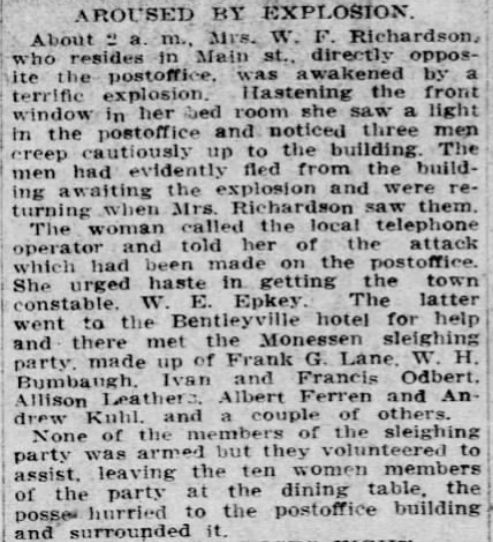 Basically, a woman heard an explosion at the post office across the street from her home. She called the only cop in town, who then proceeded to walk into a hotel bar at 2am to recruit some back-up. That’s where my family comes into the story. Ivan Odbert was my great-grandfather (around 20 years old at the time) and Francis was his younger brother (around 18). The cop comes in and says, “Hey, I have some guys trying to blow up a safe, and they’re probably armed. I could use some help…what do you say?” I can just picture it…a bunch of guys, half lit and ready to show off for their women, looking at each other, shrugging and saying, “Ok!” 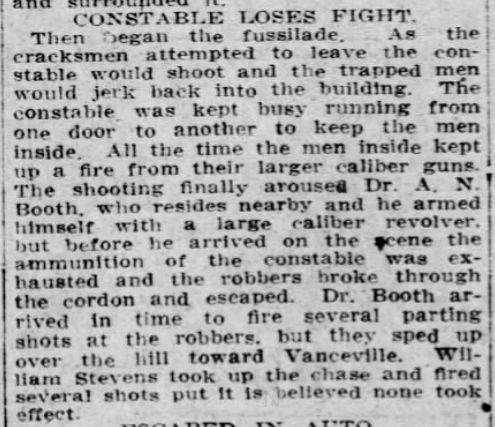 Once again, I’m left with more questions than answers. What were all of those sleighing party guys – including my ancestors – doing while this poor bastard constable ran back and forth between the doors with his sad little .22? (and is anyone else imagining an episode of Keystone Cops here?) Why is the local doctor packing so much heat? Who the hell is William Stevens, and where did HE come from??? 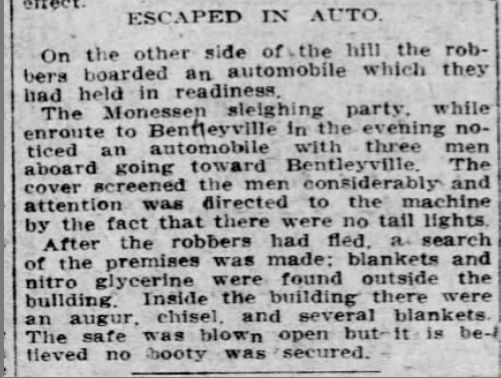 THANK GOD THEY DIDN’T GET THE BOOTY! But, I would like to know what the blankets were for….I like to imagine that the yeggs were going to have a moonlight picnic after they’d secured their booty, but maybe that’s just me…